The target audience of the exchange has been speculators. Yet, the situation changed in 2019. Now customers are making more withdrawals. So, the holders are outperforming the speculators.

Yesterday, the Goldfoundinshit channel published statistics on the money withdrawal from BitMEX. The target audience of the exchange is speculators who use margin leverage. Throughout 2017 and 2018, the inflow of funds to the exchange was greater than the withdrawal. Yet, the situation has drastically changed since January 2019. Now customers are making more withdrawals and fewer replenishments. It means that the users started earning a lot of money and now taking out their wealth. Or else, the traffic is dropping on the exchange. 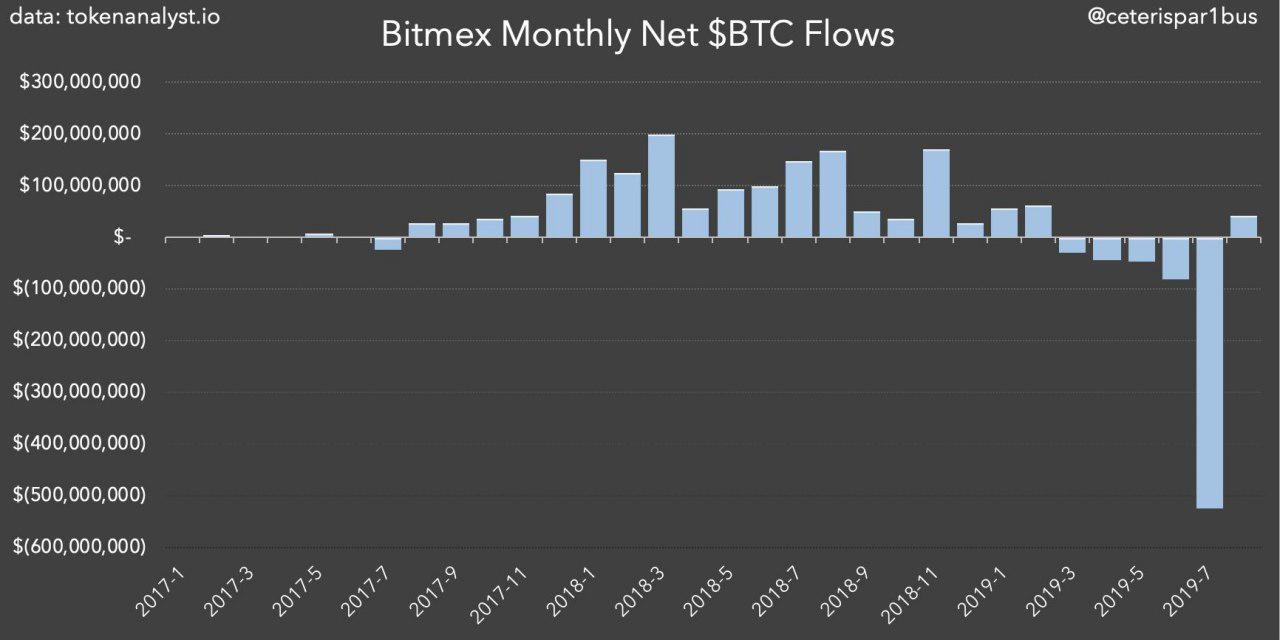 If we return to the post about the activity of old wallets, we will see a pattern. At the beginning of the bull trend, new wallets’ activity decreased. In contrast, at the same time, the activity of old ones grew. Currently, the holders are outperforming the speculators.

First, Bitcoin price beats the previous records and accelerates in growth rates. So, the activity of new wallets rises. Besides, speculators prevail over the holders. Now we are only at the beginning of a bullish trend and there are fewer market speculators than usual. Over time, the pendulum swung in the opposite direction.

Here’s why this macroeconomist has Bitcoin, Ethereum in his crypto portfolio